On Monday, October 21, we had 2 spectacular events.  Our good friends, Richard and Tracy Perdue were in Alabama visiting Tracy's brother that is stationed in Mobile in the Coast Guard.  Richard Perdue is the person that introduced us to sailing.  After a few years of sailing on Angostura Reservoir in South Dakota, he convinced us to charter a sailboat with him and Tracy in the British Virgin Islands.  That vacation convinced us to buy our own sailboat and make sailing a way of life.  Thank you, Richard.
We planned to take Richard, Tracy, Todd and Brenda sailing on Monday.  The winds were light, but everyone was alright with just checking out our boat. We barely left the channel to our marina when we had dolphins swimming with us.  We had seen dolphins at the mouth of the bay from a ferry, but never this far into the bay (about 25 miles north).    Both Tracy and Todd had high end cameras and shared a disc of photos with me.  It was hard to choose only a few photos to post here.  There were at least 6 dolphins and they stayed with us for close to an hour.  It was spectacular.  The only thing that could have made it better would have been to swim with them. 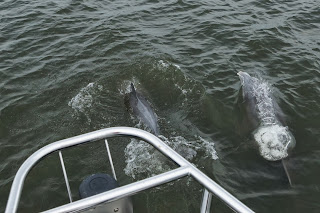 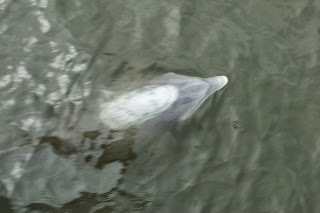 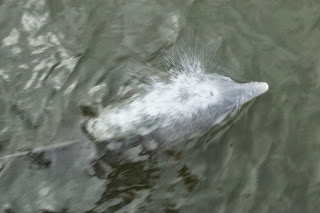 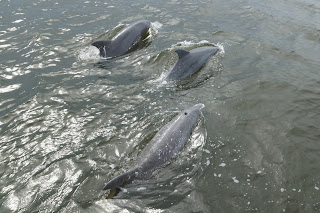 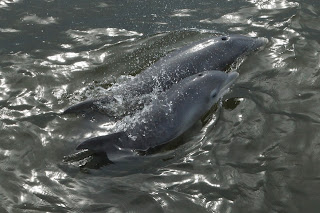 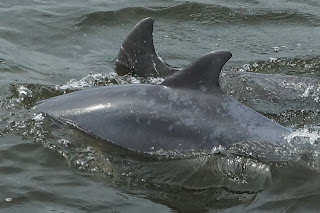 Posted by svluckofafool at 8:51 PM